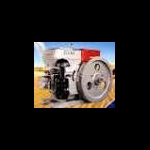 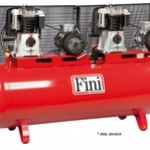 0 Reviews
0.0
Write a Review
This company has no reviews. Be the first to share your experiences!

0
Ask a Question
Have questions? Get answers from Ali Abdullah Eshack Trading Stores or YemenYP users. Visitors haven’t asked any questions yet.

The company is one of the major importers in the Republic of Yemen with 11 branches suitably distributed in all major cities in the country. In addition to this the company has more than 85 sub-distributors.

The company imports its mechanise from numbers suppliers all over the world, some of which have appointed the company as their sole representative in the Republic of Yemen.
Estabished in 1952
owned by yemeni businessman with his 5 sons
have more than 11branch all over yemen
in industry line for agricultural spare parts, pumps spare parts, light construction machineries
commercial business, being an agent for some of the well known manufacturers
of diesel engines such as KUBOTA, and for pumps from cyprus such as ARITA, and from lebanon such as ARISTICO, for altanator from uk such as MARKON, and so on

Is this your business?

Similiar Page for Your Business?

Make sure everyone can find your business online. Create your dedicated company page on YemenYP - it's simply and easy!
List Your Business
BACK TO TOP